Rotterdam, 16 June 2020 – This week marks the release of the newest Response Simulator 1.4 version. This seasonal update is our fourth one in a year’s time and includes a number of useful new features such as fully developed CCTV camera matrix and compatibility with VR gear. The RS team has delivered a major software update that further upgrades the product and provides even more freedom to our users to build training scenarios to improve their professional skills.

Several key features make this Spring release rather significant. One of them is a fully developed CCTV camera matrix. This function allows full CCTV simulation whereby multiple camera views can be placed within a matrix. Users can then fully control (rotate and zoom) each camera view. CCTV camera operators are at the centre of a critical processes while simultaneously evaluating the situation and responding accordingly – such as dispatching and coordinating response forces. High-fidelity dynamic CCTV simulation training allows them to create identical environments found in control rooms and build realistic life-like training scenarios. 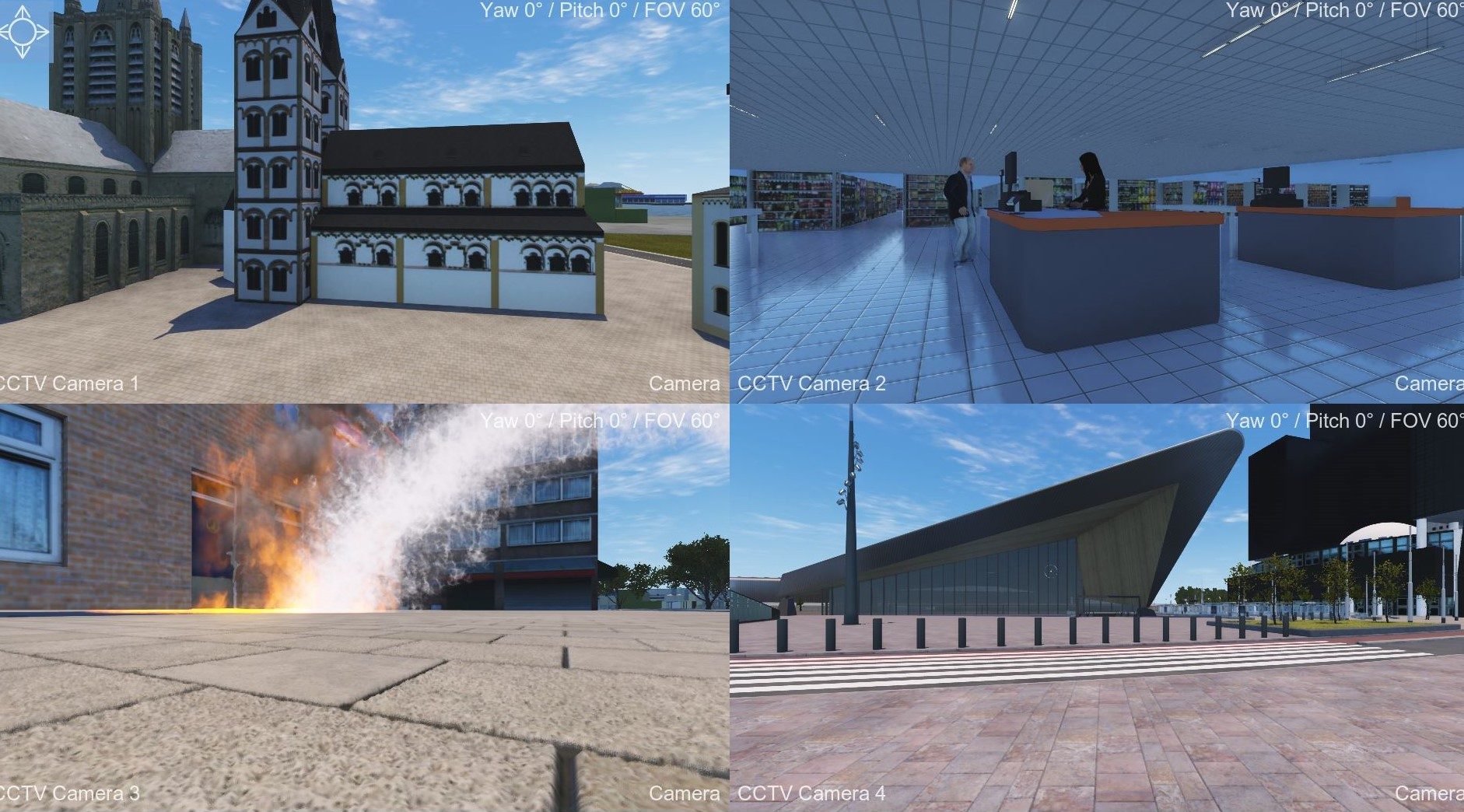 With every release we strive to make the RS software more immersive. For that reason, in this release we continued to build upon further improving on user engagement. Newly added trainee interaction features allow the trainee to drive emergency vehicles or enter them as a passenger, trainees are also now able to open/close doors. This functionality paves the way for more complex trainee interactions in future releases.

It is no surprise that Virtual reality (VR) gear is becoming a highly requested feature of simulated training. It provides more immersive training interaction and, as a result, boosts user engagement. This year, the RS team has focused on making the software compatible with VR hardware and it is now part of this Spring release. We want to ensure that the end result is fully stable, thus we are releasing VR solution in parts. In this 1.4 release, you can expect stable mechanics such as navigation and hand controls. Additionally, it is possible to connect over network with other users for increased performance and flexibility.

As in every release, our Content team has delivered plenty of new objects to the library. These impressive objects vary from new French emergency helicopter and police character to fully developed buildings such as a supermarket and a large number of low detail buildings that can be used to populate empty spaces. The team has also added a large library of new character animations and improvements to the visuals of several characters.

“The release of RS V1.4 has provided a unique challenge with a transition to working from home combined with an ambitious release requiring extensive collaboration, but we are proud of the speed at which everyone adapted to make this release a success.  We have decided to delay our improved debrief section with audio recording so that it can be further refined, but aside from this, all planned improvements are included in this exciting release which I’m sure will provide a significant step forwards to all RS users. ” – shares RS Product Manager, Ben Borrie. 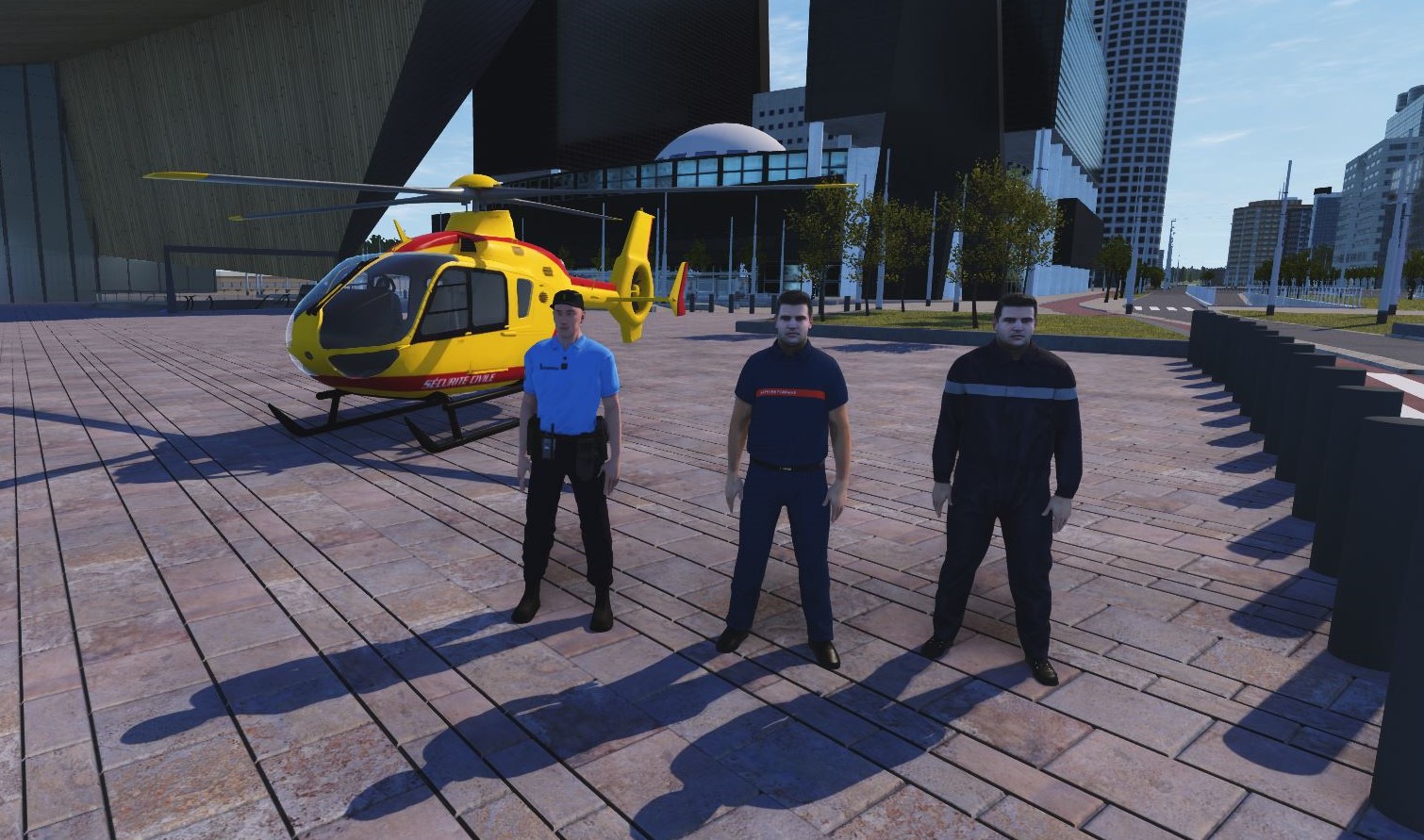 The RS 1.4 release includes new features and functionalities that were not fully reviewed in this article. However, if you would like to learn more about this particular release or get a product demonstration, let us know and we will get in touch with you.

VSTEP makes sure that you are prepared for real-life situations with our leading solutions for simulation and virtual training. Our state-of-the-art products allow you to train your skills for every scenario possible in a practical, cost effective and sustainable way. We are a Dutch based and ISO9001:2015 certified company. Stay up-to-date about the developments at VSTEP by subscribing to our newsletter or follow us on Linkedin

Looking for help? Get in touch with us

We need your input to build better products.
Please spare a couple of minutes to answer our survey on maritime simulators.


Start
We use cookies to ensure that we give you the best experience on our website.AcceptDeclinePrivacy policy
Go to Top